I figured out why my game was running so slowly!!  The solution was to install Bumblebee. 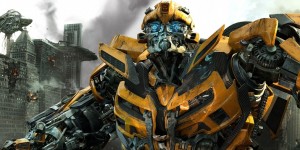 No, not that Bumblebee

The Bumblebee I installed is a software package that takes advantage of NVIDIA’s Optimus Technology.

No, not that Optimus

Unfortunately, as far as I can tell, NVIDIA does not support Optimus on non-Windows operating systems (even my laptop’s BIOS setup screen said to enable Optimus only with Windows XP/7/8).

However, not to be defeated or excluded, smart Linux nerds created Bumblebee. 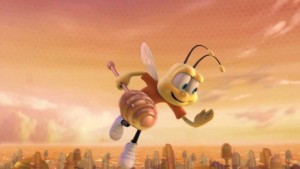 No! Not that Bumblebee, either!

The only (minor) drawback is that Bumblebee does not support automatic switching from the Intel chip to the NVIDIA chip. To use the NVIDIA, I have to prepend a specifier in front of the command for whatever program I want to run. For example, what used to be “playgame” is now “optirun playgame.” The “optirun” specifier causes Bumblebee to work its magic and use the high-performance chip.

All things considered, that is a miniscule issue, and I don’t mind manually controlling the graphics chips. It’s part of being a badass.