My computer is a terrible system for game development system, and I am foolish for using it. Let me explain…

I installed Arch Linux on my laptop.  I did that because I wanted to be a bad-ass. I wanted 100% control over every software application, every device driver, every bit of firmware.. Basically, I wanted to learn a metric ton of information, partly for myself, and partly so I could teach it to other people. 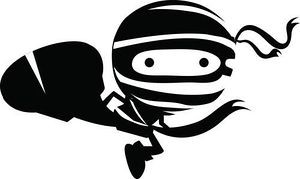 In other words, I’m trying to be this guy

So far, my mission has been largely successful. I’ve essentially hand-built my system. In the process, I’ve learned just how many tiny components power a computer system, and how many of those components simply work on Windows PCs/Macs, right out of the box. The number is shocking. For that matter, even certain other Linux distros–Ubuntu et. al.–“just work”.

But as I said, I wanted to be a badass, and Arch is a Linux distro for badasses (i.e., masochists).  With Arch, if you didn’t explicitly install a thing, then that thing is not on your computer. That includes components you needed, but weren’t aware you needed, because those components come installed on most computers by the time they reach your hands… To describe a few concrete examples of what I am talking about:

I hope you haven’t been slow-reading each one of those links. But if you have been, you’ll notice that every problem encountered in Arch has at least 2 possible solutions. All of the possible solutions might work, with varying levels of compatibility with the rest of the computer’s software/hardware. As the system administrator, I have had to research the solutions and figure out which one would work best for my computer. The Arch Linux community is large and immensely helpful, but it also values self-sufficiency.

Again, I have learned a lot. But damn, Linux is annoying. 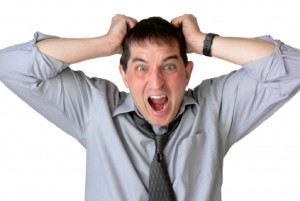 You may have noticed that this post did not talk much about game development. That is why you should read part 2!